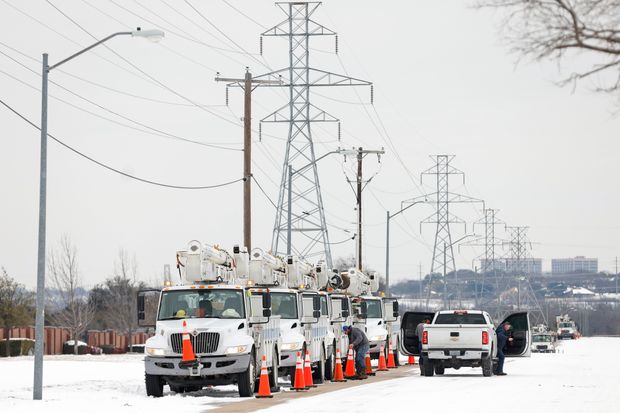 Millions of homes in Texas were without power for a second straight day after historically cold winter weather caused a failure of the state’s electricity grid, triggering a public health emergency in the nation’s second most populous state.

Across Texas, temporary shelters filled up and fears rose that there could be an untold number of deaths from the historic cold. The grid operator said it continued to try to restart power plants hobbled by the weather, but it warned that full restoration could take days longer.

Gov. Greg Abbott called for an investigation into what caused a failure of the state’s power supplies, as between two million and three million Texans remained without electricity on Tuesday evening.

The power crisis came as a far-reaching winter storm brought snow, ice and record low temperatures to swaths of the U.S., with dangerously cold wind chills from Arctic air expected to linger over the Great Plains and Mississippi Valley through midweek, the National Weather Service said.

With newly reported coronavirus cases stalling at high levels after weeks of decline, and fewer Americans getting tested, health experts warned that pandemic fatigue in the United States could jeopardize recent progress against the virus. Despite the warnings, some states with still-growing outbreaks, such as Texas and Mississippi, have relaxed restrictions. “I don’t know why END_OF_DOCUMENT_TOKEN_TO_BE_REPLACED

A former State Department aide in President Donald Trump’s administration has been charged with participating in the deadly siege at the Capitol and assaulting officers who were trying to guard the building, court papers show. It’s the first known case to be brought against a Trump appointee in the Jan. 6 insurrection, which led to END_OF_DOCUMENT_TOKEN_TO_BE_REPLACED