Since the former reality television show host became president himself, many of those tweets have been used by critics to suggest he is hypocritical.

That is the case yet again, this time amid questions about US intelligence reports earlier this year that Russia had placed bounties on the heads of American and coalition military forces in Afghanistan. If Taliban and Taliban-linked militias killed any, Russia would provide payouts, US officials have told multiple US media outlets.

Russian bounties to Taliban-linked militants are believed to have resulted in the deaths of U.S. service members, according to intelligence assessments – The Washington Post

Russian bounties offered to Taliban-linked militants to kill coalition forces in Afghanistan are believed to have resulted in the deaths of several U.S. service members, according to intelligence gleaned from U.S. military interrogations of captured militants in recent months.

Several people familiar with the matter said it was unclear exactly how many Americans or coalition troops from other countries may have been killed or targeted under the program. U.S. forces in Afghanistan suffered a total of 10 deaths from hostile gunfire or improvised bombs in 2018, and 16 in 2019. Two have been killed this year. In each of those years, several service members were also killed by what are known as “green on blue” hostile incidents by members of Afghan security forces, which are sometimes believed to have been infiltrated by the Taliban.

The intelligence was passed up from the U.S. Special Operations forces based in Afghanistan and led to a restricted high-level White House meeting in late March, the people said.

Source: Russian bounties to Taliban-linked militants are believed to have resulted in the deaths of U.S. service members, according to intelligence assessments – The Washington Post 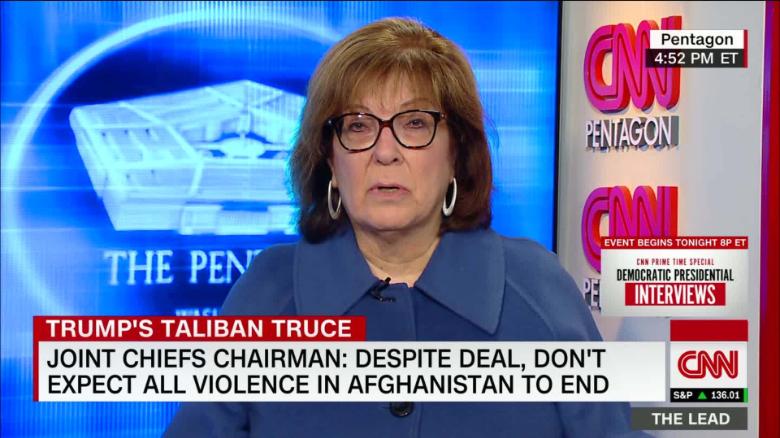 (CNN)In the month following the signing of the Trump administration’s peace deal with the Taliban, the insurgent group increased its attacks on America’s Afghan allies to higher than usual levels, according to data provided to the Pentagon’s Special Inspector General for Afghanistan Reconstruction.

“The signing of the U.S.-Taliban agreement followed a successful week-long ‘reduction in violence’ by U.S., Coalition, Afghan government, and Taliban forces. However, immediately afterwards, the Taliban increased its attacks on Afghan security forces,” John Sopko, the Special Inspector General for Afghanistan Reconstruction, wrote in his introduction to the SIGAR quarterly report.
The US-led international military operation in Afghanistan told the inspector general that from March 1 — 31, “the Taliban refrained from attacks against Coalition Forces; however they increased attacks against (Afghan National Defense and Security Forces) to levels above seasonal norms.”
“Although not all such attacks are expressly prohibited by the text, U.S. officials had said they expected the level of violence to remain low after the agreement came into effect,” Sopko said.

The strike comes after the Taliban announced the resumption of offensive operations following a week-long cease-fire.