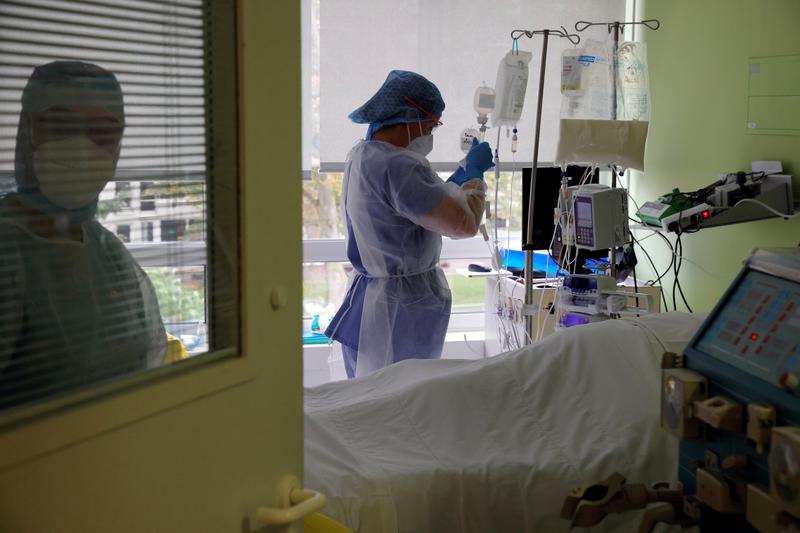 BERLIN/PARIS (Reuters) – Germany decided to shut bars and restaurants for a month on Wednesday and France prepared to tighten controls on movement as the coronavirus surged across Europe and financial markets tumbled at the likely cost of a second lockdown.

BERLIN (AP) — German authorities slapped new lockdown measures Tuesday on a western region that has seen hundreds of coronavirus infections linked to a slaughterhouse, trying to make sure the cluster doesn’t race into the wider community.

Authorities initially said more than 1,550 people had tested positive for coronavirus at the Toennies slaughterhouse in Rheda-Wiedenbrueck, but by Tuesday afternoon they said the exact number was still being verified.

Thousands of workers, many of them migrants from Eastern Europe, and family members have been put under a quarantine to try to halt the outbreak.

The governor of North Rhine-Westphalia state, Armin Laschet, said people in Guetersloh and parts of a neighboring county for the next week will face some of the same restrictions that existed across Germany during the early stages of the pandemic in March.

By DAVID RISING25 minutes ago

BERLIN (AP) — Germany’s defense minister suggested Monday that U.S. President Donald Trump’s reported plans to withdraw more than a quarter of American troops out of Germany could weaken not only the NATO alliance but the U.S. itself.

Trump is said to have has signed off on a plan to reduce the total of troops stationed in Germany from 34,500 to no more than 25,000, according to reports by The Washington Post and The Wall Street Journal, but German Defense Minister Annegret Kramp-Karrenbauer told reporters that Berlin hasn’t yet been informed of any such move.

The U.S. Embassy in Berlin declined to comment and the Pentagon hasn’t confirmed the reports.