Elgin Baylor, Lakers legend and Hall of Famer, has died at 86 – CBS News 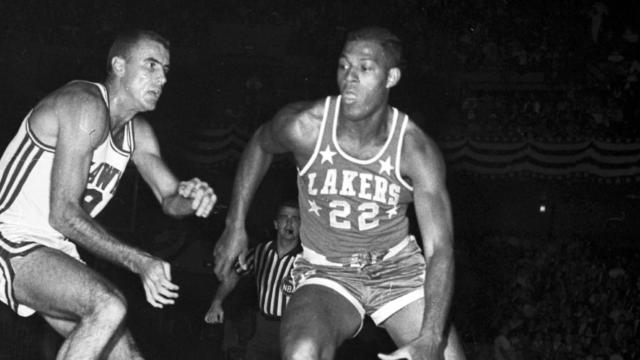 Elgin Baylor, the Los Angeles Lakers legend, Hall of Famer and 11-time NBA All-Star, has died of natural causes, the Lakers said Monday. He was 86. Baylor's wife, Elaine, and daughter, Krystal, were at his side when he died, the NBA said.

“Elgin was the superstar of his era — his many accolades speak to that,” Lakers owner Jeanie Buss said in a statement to the NBA. “But more importantly he was a man of great integrity, even serving his country as a U.S. Army reservist, often playing for the Lakers only during his weekend pass.”

Trump’s War on Jon Bon Jovi Could Smash His Empire

Leon Spinks, heavyweight champ who once beat Ali, dies at 67

Cleveland’s Major League Baseball team will drop “Indians” as its name, an END_OF_DOCUMENT_TOKEN_TO_BE_REPLACED