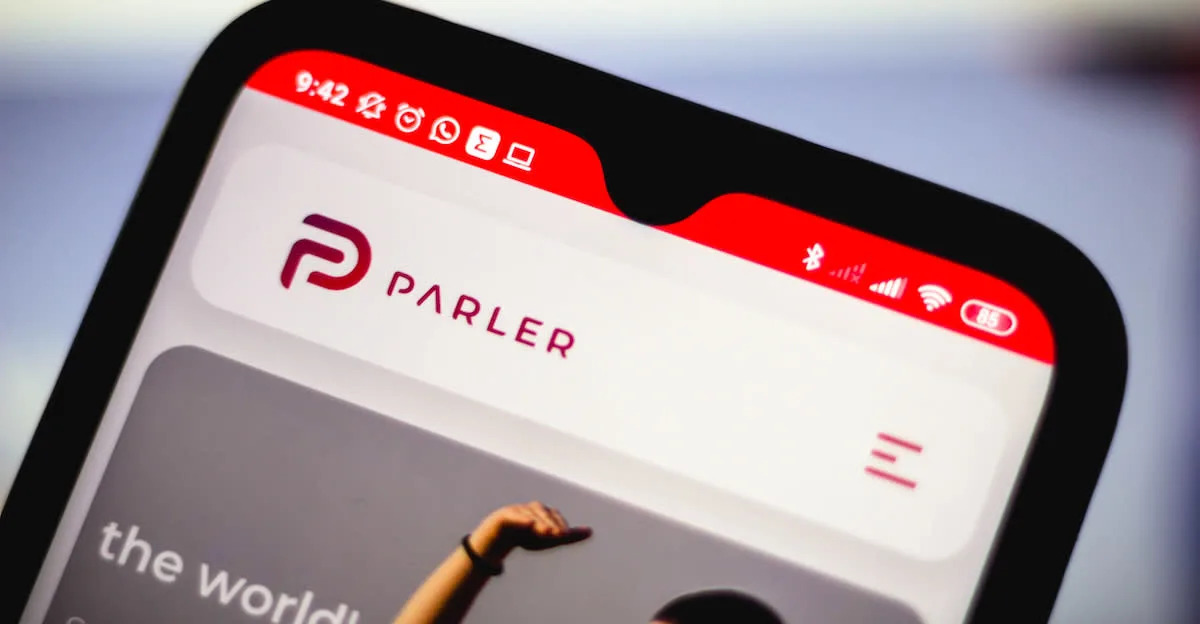 The conservative social network Parler was forced offline Monday, tracking websites showed, after Amazon warned the company would lose access to its servers for its failure to properly police violent content.

The site’s popularity soared in recent weeks, becoming the number one free app in Apple’s App Store after the much larger Twitter banned US President Trump from its platform for his role in inciting a riot at the US Capitol last week.

Messages of support for Wednesday’s attack in Washington DC — along with calls for new demonstrations — had flourished on the platform, leading Google to remove it from its app store on Friday, followed by Apple on Saturday.

A pro-Trump lawyer banned by Twitter is being investigated by the Secret Service for calling for Mike Pence to face the firing squad.

Lin Wood, a Georgia-based conspiracy theorist and high-profile Trump supporter, had his Twitter account removed on Wednesday for a series of provocative tweets, including saying that the Capitol riot had been staged by Antifa.

Wood then switched to Parler, the ‘free speech platform’, to continue his rant.

‘Get the firing squad ready,’ he posted.

Pence infuriated the president and his supporters by refusing to block the certification of Joe Biden’s electoral victory, and by telling Trump he did not have the constitutional power to overturn the election result.

The day before a pro-Trump mob stormed the U.S. Capitol, an arm of the Republican Attorneys General Association sent out robocalls urging supporters to come to D.C. to “fight” Congress over President Donald Trump’s baseless election fraud claims.

“At 1 p.m. we will march to the Capitol building and call on Congress to stop the steal,” said the message first reported by the watchdog group Documented. “We’re hoping patriots like you will join us to continue to fight to protect the integrity of our elections.”

After the attempted insurrection on Wednesday left a police officer and four others dead, several GOP attorneys general have now distanced themselves from the robocalls, insisting they didn’t know about the campaign. Alabama Attorney General Steve Marshall, the chairman of the Rule of Law Defense Fund, the nonprofit that sent out the calls, blamed the group’s staffers.

WASHINGTON (AP) — House Speaker Nancy Pelosi said Sunday the House will proceed with legislation to impeach President Donald Trump as she pushes the vice president and the Cabinet to invoke constitutional authority force him out, warning that Trump is a threat to democracy after the deadly assault on the Capitol.

The House action could start as soon as Monday as pressure increases on Trump to step aside. A Republican senator, Pat Toomey of Pennsylvania, joined Republican Sen. Lisa Murkowski of Alaska in calling for Trump to “resign and go away as soon as possible.”

A stunning end to Trump’s final 10 days in office was underway as lawmakers warned of the damage the president could still do before Joe Biden was inaugurated Jan. 20. Trump, holed up at the White House, was increasingly isolated after a mob rioted in the Capitol in support of his false claims of election fraud.

“We will act with urgency, because this President represents an imminent threat,” Pelosi said in a letter late Sunday to colleagues.

“The horror of the ongoing assault on our democracy perpetrated by this President is intensified and so is the immediate need for action.”

On Monday, Pelosi’s leadership team will seek a vote on a resolution calling on Vice President Mike Pence and Cabinet officials to invoke the 25th Amendment, with a full House vote expected on Tuesday.