COVID-19, also referred to as the coronavirus, is sweeping the globe. It’s a pandemic the vast majority of us have never experienced. We need to hunker down, stay home, and “flatten the curve” is we want to minimize the effects of this deadly virus. Arizona has become the state with the highest rate of new COVID-19 infections, a Centers for Disease Control and Prevention (CDC) tracker reported Monday.

The CDC’s U.S. map indicated Monday evening that the Copper State had surpassed neighboring California as well as other hot spots in South Carolina and Tennessee to surge into the lead with a spiking rate of new cases. The state is now reporting an average daily case rate of more than 121 per 100,000 people, the only state in the U.S. averaging more than 100 new cases a day per 100,000 residents. 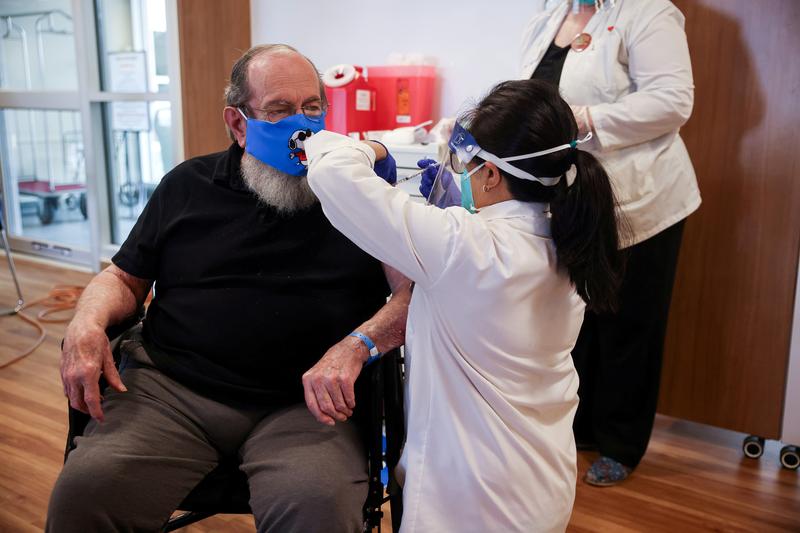 (Reuters) -Only about 2.8 million Americans had received a COVID-19 vaccine going into the last day of December, putting the United States far short of the government’s target to vaccinate 20 million people this month.

Shots are reaching nursing home residents at an even slower pace than others first in line even though they are most at risk of dying of the virus.

Only 170,000 people in long-term care facilities received a shot as of Dec. 30 even though 2.2 million doses were distributed for residents, according to data released from the Centers for Disease Control and Prevention.

About 14 million doses of Pfizer’s and Moderna’s vaccines have been distributed to states so far, federal officials told reporters on Wednesday, shy of its goal to ship 20 million doses this month. Luke Letlow, a congressman-elect from Louisiana, died of covid-19 on Tuesday at a hospital in Shreveport, according to state officials.

Letlow is the highest ranking U.S. politician to die of covid-19, which has now killed more than 337,000 Americans. He was scheduled to be sworn into office on Sunday.

Letlow announced that he had tested positive for the novel coronavirus on Dec. 18, the Monroe News-Star reported, and initially quarantined at his home in Richland Parish in northeastern Louisiana. By the next day, he was admitted to the hospital with worsening symptoms and later transferred to Ochsner LSU Health in Shreveport.

Trump signed off on the $2.3 trillion package from his Mar-a-Lago estate in Palm Beach, Fla., days after he expressed displeasure with the spending outlined in the omnibus and complained that the coronavirus relief measure should include direct payments of $2,000 per person, up from $600.

But the delay came after Trump single-handedly brought the government to the brink of a shutdown and unemployment benefits expired for millions of Americans Saturday as the bill went unsigned.